Wilf and Margaret's transformational gift will ensure the tradition of providing excellent patient care at STEGH continues for years into the future. 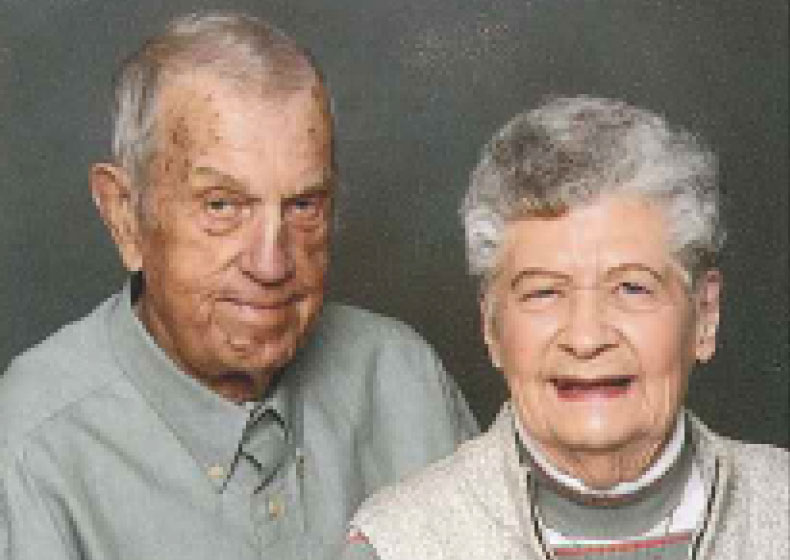 “When we were growing up,” says daughter Lorraine Hamilton, “Dad would occasionally remind us that, ‘It doesn’t cost a cent more to be decent.’ Our parents set a wonderful example for us, and it’s a phrase I’ll always remember. As an adult, they were my best friends.”

Wilfred and Margaret McKibbin – both originally from rural communities – raised their family in St. Thomas. Their first home was the third house down from P.S. 17 on Sunset Drive, and they were the type of friendly and caring people you would want as neighbours.

Throughout his professional career, Wilf worked as a broker for Auto Haulaway, and Marg was the consummate homemaker, often compared by her friends to TV 1950’s icon June Cleaver. When Wilf retired, the two of them moved to North Bay and then to Grand Bend, before moving back to St. Thomas to be closer to family. They lived frugally, but comfortably, in a home on Highview Drive for the next 13 years.

One of Dad’s favourite pastimes was reading the newspaper, and he had a particular interest in the financial section. That’s where he read about the opportunity to donate to charity and reduce estate taxes. My parents also had an excellent financial planner to guide them.

The McKibbin family was always appreciative of the St. Thomas Elgin General Hospital, but when Wilf and Marg required a higher level of care in later years, the family’s appreciation deepened with gratitude. Wilf had cancer approximately five years prior to his passing in 2016, and he had many bladder surgeries at STEGH all of which – in Lorraine’s own words – “were performed by the great Dr. Cheng.” Marg also received inpatient care at STEGH following a stroke. These were difficult and emotional times, yet Lorraine speaks very highly of interactions with medical staff and the excellent care her parents received.

"What my parents achieved during their lifetimes was done purposefully, and they ultimately shared that success in their Estate plans. When I reflect upon the charities they named with Bequests, it was their way of expressing thanks to organizations they believed in and wanted to support for the future. They were very humble people who would never want substantial public recognition for their gifts, but they would be thrilled to know their donations will have such a significant impact for so many people in our community.”

Have questions?
We are happy to help.

Reach out to learn more →
Next
Next item title
Previous
Previous item title
It's a Marathon, Not a Sprint
Grateful for STEGH
Puppies and Kittens, Oh My!
You're Helping Moms Recover
You're Helping Stroke Patients get Home Safely
My Walk with Cancer
Wilfred and Margaret's Transformational Gift
A Donation is a Gift that Keeps Giving
Leaving a Legacy That Keeps Giving
The Little Things that Mean So Much